A Level (Advanced Level) qualifications are taken by pupils in Year Thirteen and are equivalent to the Hong Kong Diploma of Secondary Education (HKDSE). Preparation starts in Year Twelve when most pupils take four or five subjects. They may choose to drop one subject in Year Thirteen, so they can focus on those that they are more confident in. Half of all A Level grades earned by pupils at independent schools are either an A or an A*. After A Levels, most pupils progress to study an undergraduate course, although some choose to study either a foundation, or diploma course.

Some pupils may wish to study a one-year A Level course. This builds on their existing qualifications, such as the HKDSE, allowing them to progress to top-ranked universities in the UK, Hong Kong or elsewhere. Although pupils will have covered many topics in their home country, they will be given intensive support in the UK. Pupils study two to three A Level subjects of their choice and, if they wish, they may also take the Chinese A Level and the IELTS English test. 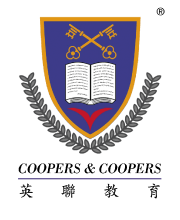